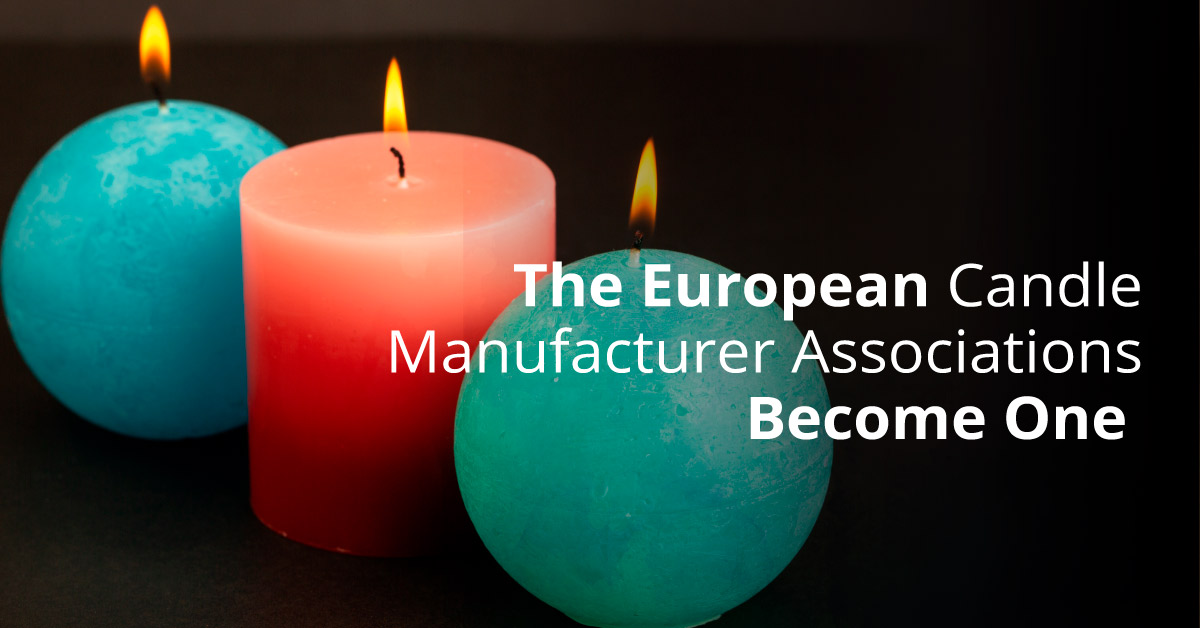 Miquel Roura, a Spanish manufacturer and director of the new association, says that the manufacturers have received this news with “great joy and satisfaction” they are committed to a greater exchange of knowledge and experiences. Roura continues, “suppliers have also benefited, because they had desired a single association to simplify their work and presence in one group, without doubling expos, meetings and resources.”

A little history background about the European candle manufacturers…The first association of candle manufacturers in Europe was founded in 1964, in the city of Paris, with the representation of a candle manufacturer for each European country. At that time, the management was more focused on addressing the problem of raw materials and creating internal regulations for the labeling of candles. “All those years  helped us tremendously to get to know each other individually, creating synergies between manufacturers, facilitating the exchange of products between us and in general, we all made a leap on improving quality for our companies” says Roura.

The association broke apart in 2010, when the largest candle manufacturers found that their problems were different from those of the smaller manufacturers and required more extensive information on the market, consumption statistics, quality regulations and specific technical aspects related to the size of their company.

The bigger candle manufacturers,  had an annual revenue of more than 50 million Euros, and decided to create their own association (ECA) they made higher individual contributions, resulting in a rapid progress and modernization of their companies. they organized events of all types and supported the creation of RAL quality standards, among other achievements.

The association of smaller manufacturers (AECM) was highly impacted, but after a process of re-innovation, supported by a company specialized in the administration and management of associations, they started providing more services to its members and this generated a continuous increase of their membership.

In the following years, the AECM provided its members focused information on the industry, like statistics of candle consumption, imports and exports of candles from European countries, technical information on raw materials, perfume and labeling regulations.

The association also sponsored research on candle burning performance studies at recognized universities, among many other activities.

“After a few years, we recognized that both groups were working on allocating resources to the same issues. Both candle manufacturers and suppliers realized that it made much more sense to unite these efforts in a single partnership that was even more powerful. A series of conversations took place around 2016 and 2020, finally both executive leaderships reached to an agreement  and the new association was born, our operations started January 1, 2021 in the city of Brussels,” Roura emphasizes enthusiastically.

For this first stage the ECMA is focused on creating their own norms based on the use of quality raw materials, they are already working on surveying their members and establishing contacts with the Candle Quality Association, which currently handles RAL regulations. The goal is to establish an ECMA certification that can be placed on the packaging.

Finally, Miquel Roura points out that the alliance with ALAFAVE and the National Candle Association (NCA) for the organization of World Candle Congresses is still in force. “This union has been very important to us and we believe it should be maintained for the benefit of the entire industry, I look forward to meeting again in the WCC 2022.”

“As an Association we’ll continue to support our candle industry”