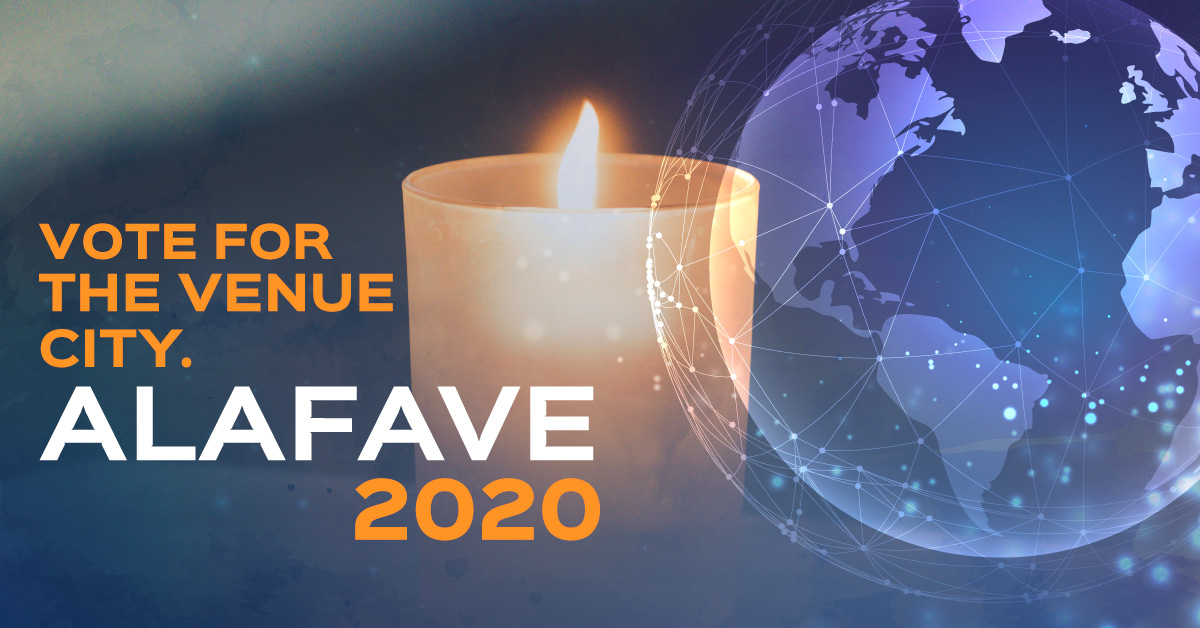 Vote for the venue city ALAFAVE 2020

It is our pleasure to inform you that 208 participants represented ALAFAVE during the 6th World Candle Congress and Expo in Barcelona, Spain 2019. ALAFAVE was the Association with the greatest number of participants. Congratulations! And thank you for contributing to strengthening the Latin American candle industry.
&nbsp;
We celebrated our general meeting during the congress, on April 30th, 2019. By unanimous vote, the general assembly participants decided that our next ALAFAVE congress 2020 should be hosted alongside a major tradeshow event in the USA during the months of late July or early August. The sites proposed were New York and Las Vegas.
&nbsp;
Please take a moment to review the proposed hosting sites and vote on the city/tradeshow that you consider is the best choice. We’d love to get your feedback, your opinion matters to us; we want to bring you another successful ALAFAVE Congress.
&nbsp;
Thank you!

July and August are low season months in New York City. Hotels on the west bank of the Hudson River, on the New Jersey side, are on average $130 to $160 per night. New York NOW is the name of the trade/marketing show and it runs parallel to the Hotel show.

For more information read at:

ASD is the fair we are considering in Las Vegas. It is focused on general merchandise. Hotel nights run on an average $30 USD cheaper in comparison to the same brand in NJ area ($100- $130 USD per night). Flights to Las Vegas from Latin America, Europe and Asia are in general more expensive.
For more information about the ASD Fair please read at: https://www.asdonline.com/

“As an Association we’ll continue to support our candle industry”