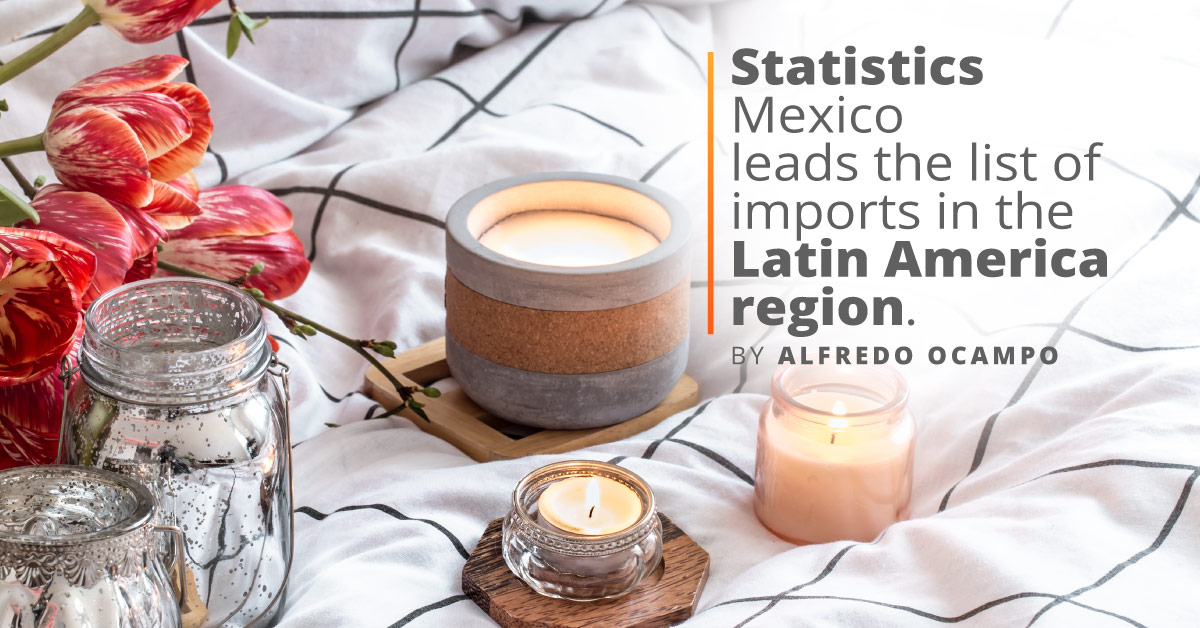 Statistics Mexico leads the list of imports in the Latin America region.

Mexico is the largest importer of candles, according to the candle import data obtained from some Latin America countries during the first semester of 2021. The amount is expressed in US dollars. The pattern reflects that Mexico also was the main importer in the second half of 2020 with 52.8%, followed again by Chile with 19.6% and in third place Paraguay, with 9.3%, displacing Brazil with 9%. China continues to be the preferred country of origin with 42%, followed by the United States and Canada with 22.88% and other regions with 21.78%.

According to our source, Venezuela once again, does not have import records in the period mentioned above. Uruguay reported a value of 72 tons imported, however, there is no currency value expressed in the report. The import comparison between the second half of 2020 and the first half of 2021 shows a decrease of 800,154 US dollarsand 1,093 tons.

As usual, we’ve prepared a chart to illustrate Mexico’s imports, which includes the main countries of origin. The main analysis is summarized in the group category of other regions. According to the records, a high percentage of imports, 32.21%, were described asunknown countries, followed by United States 26.97%, China 21.83%, and Canada 5.52% the rest of the countries were distributed according to the percentage presented in the chart.