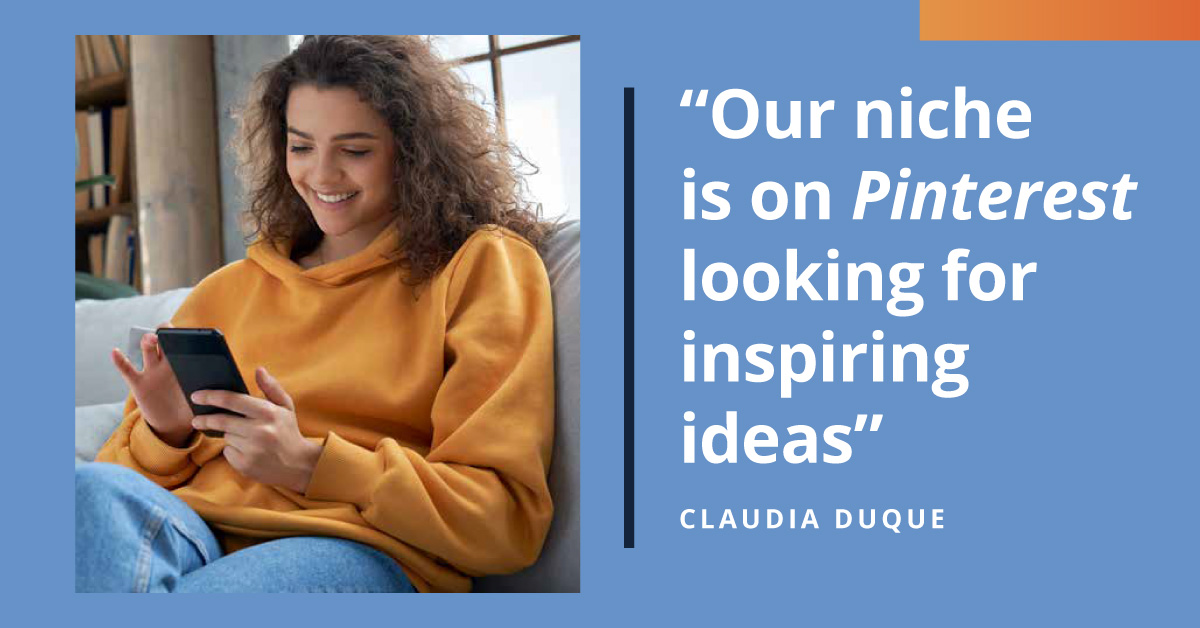 “Our niche is on Pinterest looking for inspiring ideas” Claudia Duque

Social media has become the primary source of interaction between brands and their consumers. However, some companies are still not taking advantage of the sales power that these campaigns can achieve if they are planned with a suitable commercial strategy. According to data from ComScore, on December 2020 Pinterest had over 80 million users in Latin America, being Brazil and Mexico two of the main users followed by Colombia and Chile. By 2021 Pinterest gained 442 million users worldwide from which 77% are women, 15% men and 8% undefined gender. Even though Facebook continues to be the most popular network, followed by Youtube, WhatsApp and Instagram, we cannot ignore the potential of Pinterest as a platform to create trends.