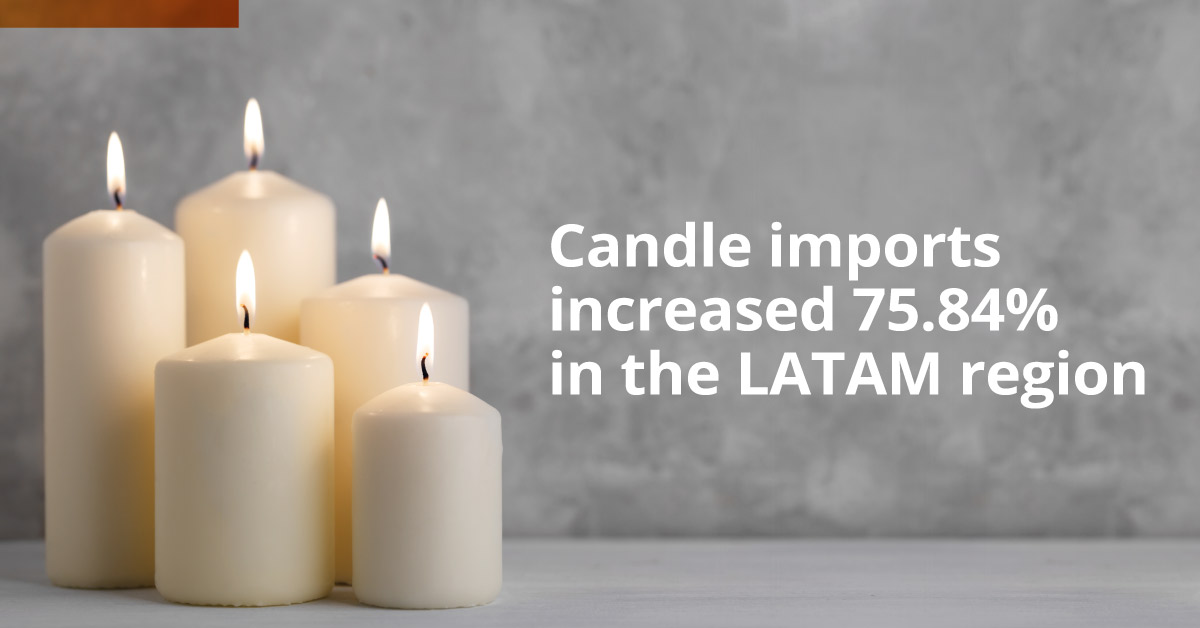 Candle imports increased 75.84% in the region

Candle imports measured in metric tons increased by 75.84% in the second semester of 2020, in comparison to the first semester of the same year, this is equivalent to a 46.23% in US dollars. This data shows signs of a recovery in the Latin America sector after the initial impact of the pandemic.

When analyzing in detail the imports in U.S. dollars from 10 countries in the Latin American region during the second semester of 2020, it is observed that the largest importer in the period was Mexico with 57.6%, followed by Chile with 15.4% and Brazil with 6.53%.

According to our source, Venezuela does not have import records in the afore mentioned period, however, we received direct feedback from local manufacturers that this country is also having a certain percentage of imports.

With Mexico being the largest importer in the region, we have prepared a chart with the main countries of origin. according to our source, we can observe that the highest percentage comes from unknown countries with 36.28%, followed by the United States 28.06%, China 23.01%, Canada 4.02% and the other countries that are seen in the table.